I hope you will agree that this is one of the most stunning irises ever developed.  Frederick Kerr's 1999 introduction won the American Dykes Medal in 2007 and has parented countless other cultivars.  I have seen it shown before and many pictures of it, but when it bloomed in my garden it still took my breath away.  It's simple elegance is its greatest strength.  The falls really down fall, they float giving it the look of a freeze frame of whirling.  The falls are edged with a heavenly blue that fades, does not bleed or speckle like a plicate, into the the pure white body.  The striking golden beard floats and the pure white heavenly standards form a ruffled cloud.  Without further introduction, Queen's Circle. 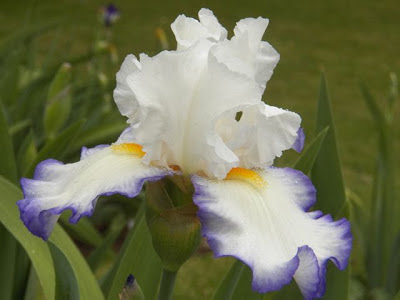 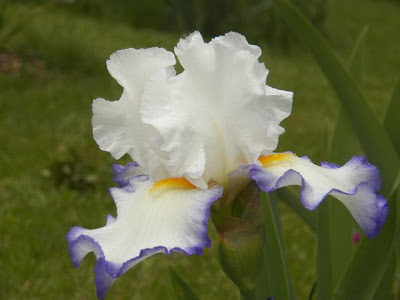 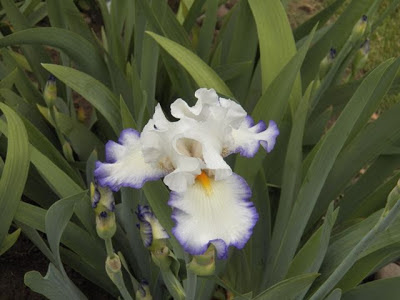 Posted by Neil Houghton at 6:04 PM