It's May 10 and many bud stalks are forming.  The next to bloom will be SDBs Clear Blue Skies and Golden Ring.  IBs Harlow Gold and Lemon Pop are also on the way.  There is also a huge group of and uknown white IB or BB.  I thought this was "Immortality" but it consistently bloom smaller, shorter and with a touch of yellow on the haft.  We'll watch these closely. In either case they are consistent re-bloomers. 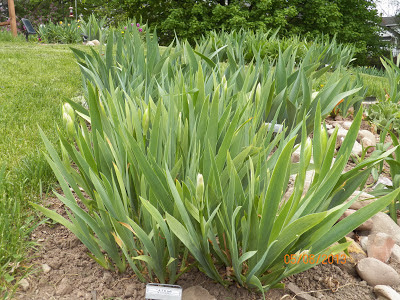 Others that are developing stalks include: